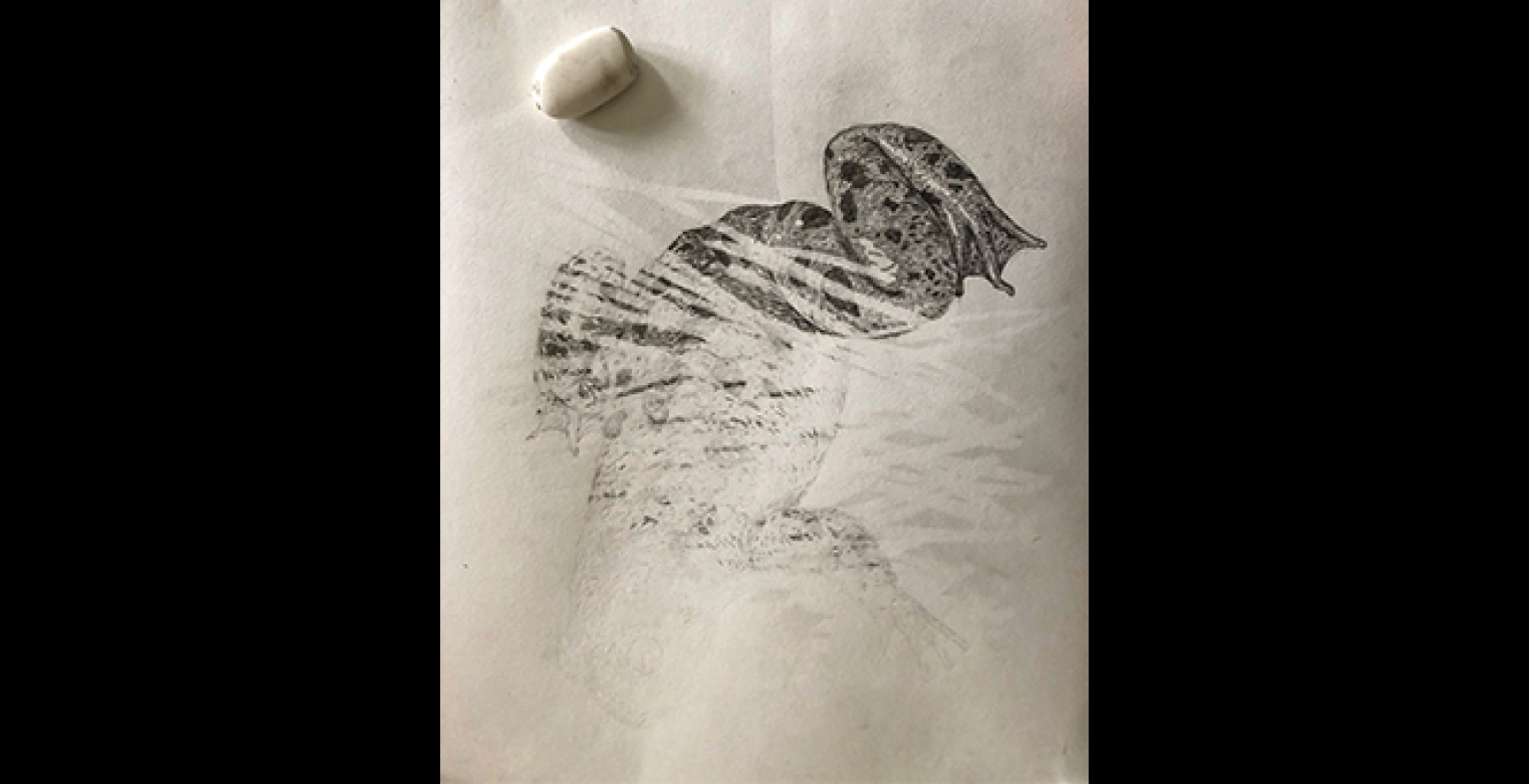 Daily over the course of the year, Lucienne will draw a different recently-extinct plant or animal species. She will then erase the drawing and the next day, draw a different extinct species on the same sheet of paper. She will erase it again.

This process of drawing and erasure, or evolution and extinction, is repeated in full knowledge that the paper will deteriorate and eraser shavings will accumulate.

Each extinct species will be sourced from the International Union for Conservation of Nature’s (IUCN) Red List of Threatened Species, the authoritative list of extinct and threatened species used by scientists globally.

Lucienne is spending at least five days a week at TMAG undertaking this project. It is her testimony to the critical issue of species extinction.

The project title Extinction Studies deliberately merges art and science, a ‘study’ being both a technical art term – for a drawing or sketch done in preparation – and more generally understood as the practice of devoting time and attention to understanding a topic.

As an artist, Lucienne has crafted a career through drawing yet she remains deeply concerned about the future of biodiversity and the natural world.

Extinction Studies is commissioned by Detached Cultural Organisation and presented by TMAG.

Rolled into Alice Springs, literally: a strong head wind burnt up all the petrol. As the sun set in the west (I presume it was the west because that’s where the sun sets where I … END_OF_DOCUMENT_TOKEN_TO_BE_REPLACED

Have you had any lessons? The enquiry came from a woman and her friend who had been loitering behind me as I painted en plein air in a local park. It seemed a particularly stupid question, especially … END_OF_DOCUMENT_TOKEN_TO_BE_REPLACED

Q. I was interested in your childhood, and your parents Patricia and John, and being raised as a Roman Catholic in Baltimore. I was raised a Roman Catholic as well so I feel as though … END_OF_DOCUMENT_TOKEN_TO_BE_REPLACED

We leave Castlemaine on the last day of July, heading for Darwin and beyond. We don’t see anything to write home about on the first day. Inglewood seems like a thriving little … END_OF_DOCUMENT_TOKEN_TO_BE_REPLACED

On an unassuming street in North Adelaide can be found one of Australia’s more recent, and arguably most lavish, house museums. The David Roche Foundation is the first private museum in Adelaide established without public funding, and … END_OF_DOCUMENT_TOKEN_TO_BE_REPLACED

Krystyna Campbell-Pretty’s passion for fashion has endowed the National Gallery of Victoria with a substantial number of exceptional couture and prêt-à-porter ensembles, accessories, sketches and studio drawings, photography, fashion journals and supporting textual material over the last … END_OF_DOCUMENT_TOKEN_TO_BE_REPLACED

In this SPECIAL EPISODE of Deep Trouble we interview Charles Firth of the Chaser. He offers an analysis of the state of play for the major parties in 2019, why the Labour Party lost the ‘unlosable’ election, as well as … END_OF_DOCUMENT_TOKEN_TO_BE_REPLACED

We set off from Castlemaine on a glorious afternoon: three enthusiastic, intrepid activists on a journey into the heart of darkness. We are not alone. Bob … END_OF_DOCUMENT_TOKEN_TO_BE_REPLACED