Art As It Happens: Romadon Suriyan

Romadon Suriyan is not your run-of-the-mill, garden variety artist. He is an artist who can tear the throat out of traditional art practices and still attract a huge and appreciative audience. He is one of a handful of performance artists who are truly original. His art is often political in a country ruled by a military dictatorship. A large part of his art happens in the moments when it is created and witnessed. The fact that, for years, they called Romadon crazy just egged him on and, ironically, helped him forge a distinctive place in contemporary Thai Art Culture.

Romadon’s art points to the humanity lurking behind us all, giving it power, substance and poignancy in a time characterised by one dimensional ‘likes’ and ‘shares’. It is work that screams wildly in a heavily filtered, Instagrammed world. I met Romadon many years ago on one of my first forays into the madness of Phuket in 2008, during a two month holiday that I hoped would never end. It was then I met the many talented local artists that were beginning to swarm around the Western money flooding into this little, mad island. But this guy stood out. Not only was he a good head taller than most, he had charisma, integrity, presence, and a way of immersing you in his art (literally, as it turns out) that made him stand out from the crowd. 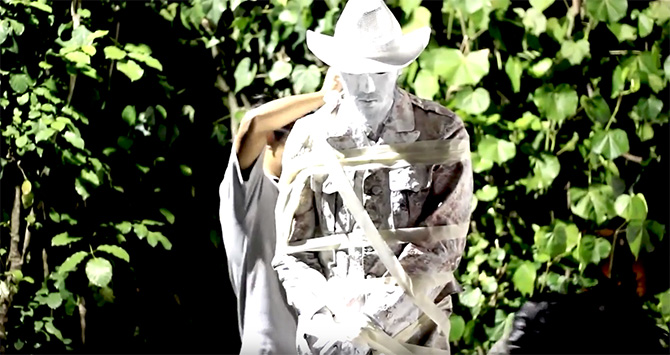 The traditional clichéd image of the artist staring pensively at a blank canvas with a brush in his hand doesn’t really fit Romadon. He is a particularly gifted painter and quite prolific, but he really comes alive when he is literally throwing himself at his work, covered in buckets of paint, launching himself at the canvas screaming like a man suddenly freed from the chains that bind.

When Romadon turns up to an exhibition opening or a party, you know you are in for an interesting and challenging night. There is also a high chance you will be spattered with paint, or worse, be asked to join in the performance.
This is art that grabs you by the scruff of the neck and ever so politely asks you to dispel your pre-conceived notions, break through your wall of passive observation and join in the fun. You will be seductively bombarded with rousing music that points to a wider significance as you duck and weave around the flying lumps of paint and glimpse a layer of poignancy most artists can only dream of.

All this and more has seen Romadon achieve a very rare thing for an artist: Celebrity. First, he became famous for what he does best – performance art – and then, in 2012, he ended up on TV for a few months with a number of appearances on Thailand’s Got Talent, of all things. I had only recently moved to Phuket, and the guy I had met four years earlier was now a household name, or about to become one. He called me and asked if I would film one of his performances, which was also being filmed by the producers of Thailand’s Got Talent. The show had catapulted him to instant, disposable fame a month earlier, and he wanted a back-up recording. I was happy to oblige. 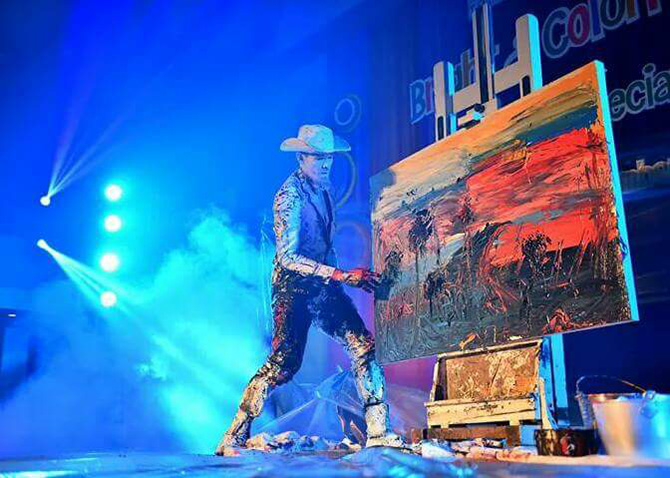 He walked into the middle of his performance area, which consisted of a heavily papered stage in front of the outside wall of an art gallery. He stood completely still, his face as blank as the canvas all around him. There were cans of paint suspended above the area on pulleys and ropes, as well as some buckets of paint laying around on the stage floor. The wall had some hastily hung paper stretched across it as a temporary canvas. He was wearing an old, white suit, with a waistcoat and matching white hat. There was a slight breeze blowing the stage paper around, adding an even more temporary air to an already momentary art form. I hit record on the various cameras I had set up, sat back and watched the show.

First he picked up one of the buckets and threw the contents at the wall, leaving an orange blur across it and the stage floor. He slipped over a few times as he went back for more buckets, covering himself in the orange paint, letting out a whimper of distress as he did. He tripped and stumbled over to another bucket and attempted to throw its contents onto the wall too, succeeding in covering himself and the floor with more paint. He lay there on the stage for a moment or two, as if trying to fathom how he had ended up there, before standing up slowly and shaking the globs of paint from his hair and face. He then walked over to the centre of the stage and promptly emptied the contents of one of the buckets on the pulleys above his head all over himself, and this time it was black paint. He stood, almost passively, staring at the wall for a moment before hurling himself at it whilst screaming wildly. He hit the wall hard, leaving a solid black smudge on the orange, then slid limply to the ground, a crumpled heap of painted human. He groaned quietly, almost apologetically as he lay there. He turned his head towards the wall, and sprung up quickly, as if captured by a moment of inspiration. He threw himself at the wall over and over, arms and legs flailing whilst screaming desperately, like a man possessed. He slipped and slid backwards away from the wall and revealed a picture of three figures holding their arms up in defiance, all holding a flag of some sort. It was then he pulled something out of his coat pocket. It was a Thai flag. He walked over to one side of the painting he had just created, held his flag up like the others had, and slowly slid towards them, leaving a multi-coloured swirl of defiance in his wake, until he finally slid to the ground, slumped and spent, the flag catching the last of the breeze and fluttering before succumbing to the weight of the paint it was now covered in.

He lay there for a few more moments before the TV crew yelled ‘cut’. Romadon came third in the 2012 Thailand’s Got Talent series, winning a car and the love and respect of 68 million Thais, most of whom had never even heard of performance art before, let alone be captivated by it on television, in between versions of Adele songs and badly conceived dance routines. Romadon had done what no other artist had done in his country before: brought art to the people. 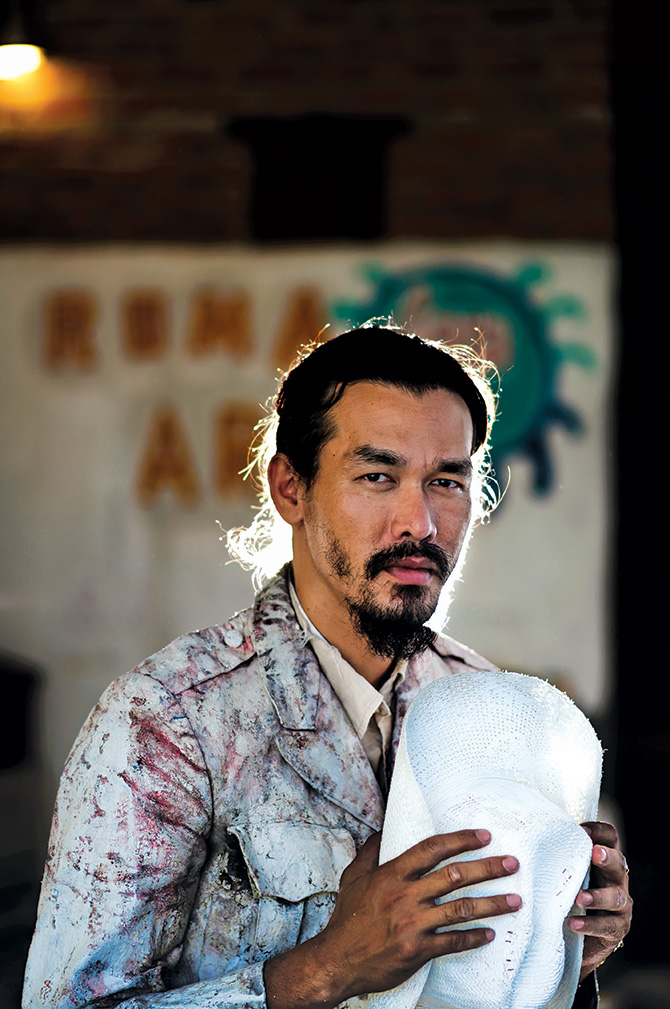 Romadon Suriya, with kind permission of the Phuket Bulletin 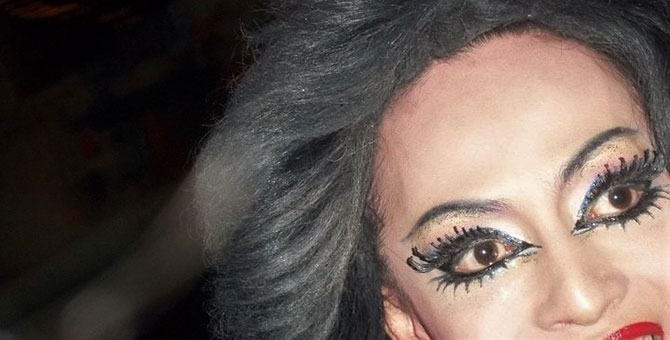 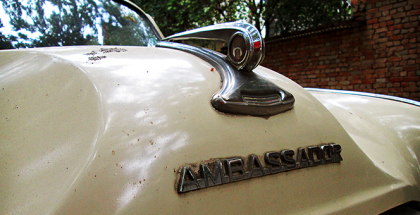 Rolled into Alice Springs, literally: a strong head wind burnt up all the petrol. As the sun set in the west (I presume it was the west because that’s where the sun sets where I … END_OF_DOCUMENT_TOKEN_TO_BE_REPLACED

Have you had any lessons? The enquiry came from a woman and her friend who had been loitering behind me as I painted en plein air in a local park. It seemed a particularly stupid question, especially … END_OF_DOCUMENT_TOKEN_TO_BE_REPLACED

Q. I was interested in your childhood, and your parents Patricia and John, and being raised as a Roman Catholic in Baltimore. I was raised a Roman Catholic as well so I feel as though … END_OF_DOCUMENT_TOKEN_TO_BE_REPLACED

We leave Castlemaine on the last day of July, heading for Darwin and beyond. We don’t see anything to write home about on the first day. Inglewood seems like a thriving little … END_OF_DOCUMENT_TOKEN_TO_BE_REPLACED

On an unassuming street in North Adelaide can be found one of Australia’s more recent, and arguably most lavish, house museums. The David Roche Foundation is the first private museum in Adelaide established without public funding, and … END_OF_DOCUMENT_TOKEN_TO_BE_REPLACED

Krystyna Campbell-Pretty’s passion for fashion has endowed the National Gallery of Victoria with a substantial number of exceptional couture and prêt-à-porter ensembles, accessories, sketches and studio drawings, photography, fashion journals and supporting textual material over the last … END_OF_DOCUMENT_TOKEN_TO_BE_REPLACED

In this SPECIAL EPISODE of Deep Trouble we interview Charles Firth of the Chaser. He offers an analysis of the state of play for the major parties in 2019, why the Labour Party lost the ‘unlosable’ election, as well as … END_OF_DOCUMENT_TOKEN_TO_BE_REPLACED

We set off from Castlemaine on a glorious afternoon: three enthusiastic, intrepid activists on a journey into the heart of darkness. We are not alone. Bob … END_OF_DOCUMENT_TOKEN_TO_BE_REPLACED