I’ve been known to go just about anywhere in search of the sublime amongst the landfill of the day to day. And, funnily enough, I nearly always find it; find that moment that gives me a reason, that makes it all worthwhile. I often find it lurking in the shadows, teetering on the edge, wallowing in the mundane, or rendered unrecognisable by a night of debauchery, Patong’s specialty. Sometimes I find it washed up on a beach, bobbing up and down in the turgid Andaman sea, just waiting for a lunatic like me to come across it and let his mind go wild with the found object’s hidden potential.

One rarely finds oneself driving INTO Patong at 6 a.m. Rather, if anything, you are putting Patong in the rear view mirror at this ridiculous hour. Even the ladyboys are thin on the ground at this hour, having either secured their last customer, or retired home to get some sleep before having another try tomorrow. That’s the beauty of this place: there’s always tomorrow. Another day to put on your face, tuck that annoying male appendage in the crack of your arse, tweak the silicone breast implants, and give it another go.

Driving into Patong at this hour is surreal, and if I was a painter, this is the time I would paint this place. Patong feels a little weary at dawn, a little worn out, a little worse for wear. There is a rawness about the streets that gives you a chill despite the constant hot weather. Patong’s make-up is smudged at this hour and running down its face like the black water that runs into Patong bay before the beachgoers are there to see it. The rising sun illuminates stuff that is better left in the dark, but that’s the nature of this place: it will show you your best and your worst, and often in the same night. The LED and fading neon lights struggle against the inevitability of the dawn and lose their power to beguile you, leaving a washed out, pastel sheen the sun dismisses like a wandering hand going too far south of the border. 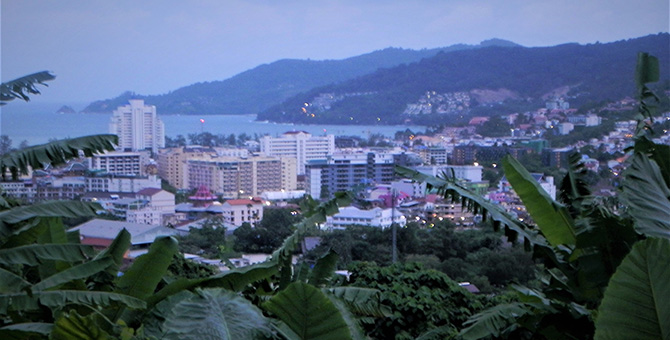 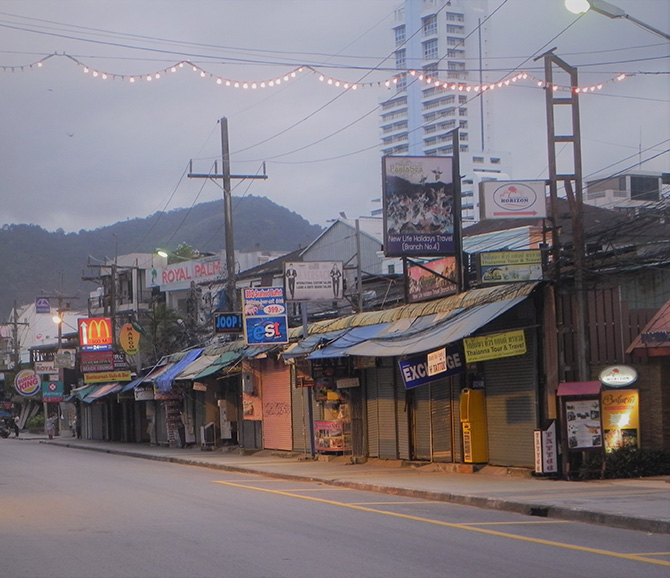 Patong has many faces, and the face in transition probably shouldn’t be seen with the naked eye. A layer of alcohol helps, a pair of sunglasses can diffuse it if that’s all you have. As for me I had neither, and to top things off, I was late for work.

Movies are shot here quite regularly, but they don’t shoot the stuff I have just described. It amazing what a bunch of filters and some CGI can do to convince you that this place is a kind of paradise. And I was on my way to a film set now, for one of my sporadic forays into the world of the warm prop, the movie extra. As I cruised through the desolate beauty of Patong at dawn, grabbing at the sublime as I rode, I wondered what the day had in store for me.

The trick with this work is finding something to immerse yourself in to allow the painfully tedious hours of waiting to slip by faster. For me, I take a book or find a bi-lingual Russian extra to converse with, as there are many Russian ex-pats living here. If you don’t find something, the day drags on like an old whore with a smack habit, and you are at its relentless mercy until the gods of the filmmaking universe release you back into your life.

This one was a French movie, which meant there was no Hollywood budget to make the catered food edible. On some shoots I have been on, you are presented with a Thai banquet three times a day whilst the likes of Tommy Lee Jones and Jessica Alba eat their smashed avocado sandwiches and room temperature sushi in the comfort of their private buses. No, this one was definitely not like that, if the extras scattered around on the concrete floor eating cold chicken and cabbage stir fry were anything to go by.

I find out that we are shooting a Songkran festival scene, the quintessential Thai water/fertility festival, and one of the ridiculously handsome French actors is to be gunned down in the general melee, not that I was at all concerned or interested. One thing you learn as a warm prop is that it doesn’t matter what you are doing, and if you do show unnatural enthusiasm for the job, the crew will soon put you in your place. The trick was to be there, but not be there at all, and I was getting better at it with each gig. This was Patong, after all, where nothing is real. So, what better place to be involved in an extra layer of artifice.

I have to admit, I was a touch excited at the start of the day as I watched the crew get their cranes, cameras, sound gear and lights happening. It almost makes you feel like something big is going to happen, something lasting, something that you can look back on and say to your grandkids that you were in that movie, even if it was only as an extra. But soon enough the excitement fades as you are reminded how gruelling and time-consuming the filmmaking process is, how many hours it takes to capture a few seconds of usable footage, and how dispensable that image is in our culture. This scene we were about to shoot could easily end up on the cutting room floor, along with the millions of dollars they spent flying into Phuket to shoot paradise in the first place, this strange little city being the last place I would’ve thought you would find it. 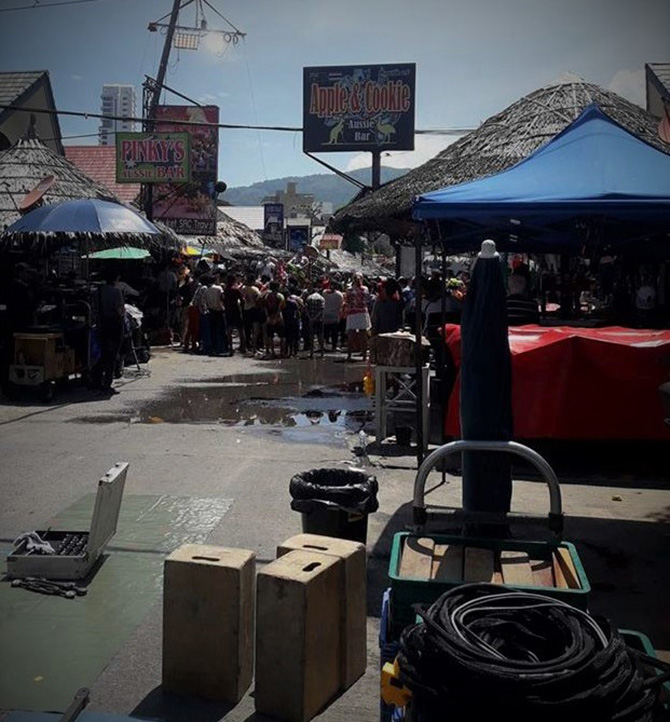 After three or four hours of standing around waiting, the crew are ready to shoot, so all us warm props gather around the cameras and await our cue to turn on the excited, buoyant festival vibe. Some warm props have even brought their own Super-Soaker-5000’s to drench us all in, and the prettiest of the warm props have managed to position themselves right in front of the cameras, caught up in the vain hope that their studied pout will be noticed, that their arse thrust out will be their ticket to the big time. It worked for Madonna, right?

The director’s assistant yells out a stand-by call, followed seconds later by “action” and suddenly we are away, a small moment of movie ‘magic’ is being shot as another day spreads itself over the tired streets of one of the craziest cities in the world.

As the extras unleash the sodden fury contained in their super soaker 5000’s onto everything in a ten metre radius, I find myself strangely fascinated by the water bouncing off all the warm props and cascading down onto the dirty pavement. 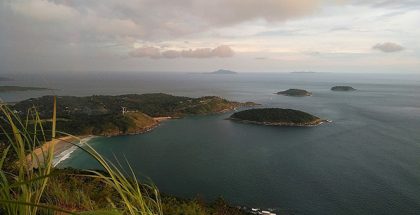 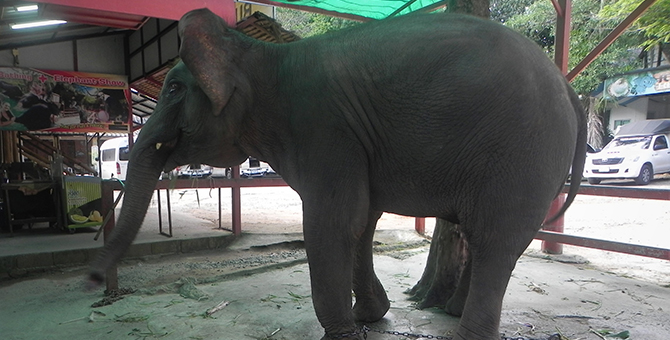 Art and technology are by definition divorced from nature. Art is the product of human creativity and technique; it is an object, image, sound or movement that exists as a unique manifestation of our imagination. Technology comes … END_OF_DOCUMENT_TOKEN_TO_BE_REPLACED

This inaugural festival will see over 100 street artists and musicians take over Melbourne’s iconic multi-level warehouse, The Facility, transforming it from top to bottom with paintings, … END_OF_DOCUMENT_TOKEN_TO_BE_REPLACED

Rolled into Alice Springs, literally: a strong head wind burnt up all the petrol. As the sun set in the west (I presume it was the west because that’s where the sun sets where I … END_OF_DOCUMENT_TOKEN_TO_BE_REPLACED

Have you had any lessons? The enquiry came from a woman and her friend who had been loitering behind me as I painted en plein air in a local park. It seemed a particularly stupid question, especially … END_OF_DOCUMENT_TOKEN_TO_BE_REPLACED

Q. I was interested in your childhood, and your parents Patricia and John, and being raised as a Roman Catholic in Baltimore. I was raised a Roman Catholic as well so I feel as though … END_OF_DOCUMENT_TOKEN_TO_BE_REPLACED

We leave Castlemaine on the last day of July, heading for Darwin and beyond. We don’t see anything to write home about on the first day. Inglewood seems like a thriving little … END_OF_DOCUMENT_TOKEN_TO_BE_REPLACED

On an unassuming street in North Adelaide can be found one of Australia’s more recent, and arguably most lavish, house museums. The David Roche Foundation is the first private museum in Adelaide established without public funding, and … END_OF_DOCUMENT_TOKEN_TO_BE_REPLACED

Krystyna Campbell-Pretty’s passion for fashion has endowed the National Gallery of Victoria with a substantial number of exceptional couture and prêt-à-porter ensembles, accessories, sketches and studio drawings, photography, fashion journals and supporting textual material over the last … END_OF_DOCUMENT_TOKEN_TO_BE_REPLACED