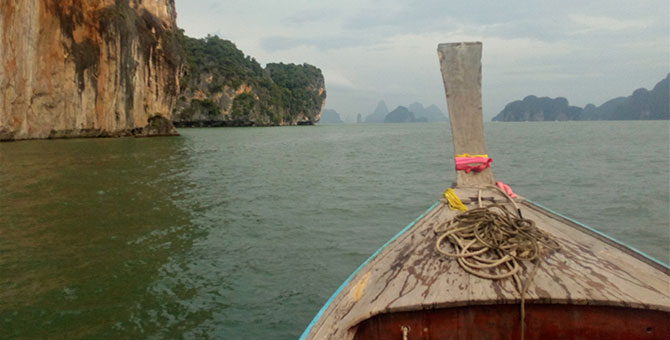 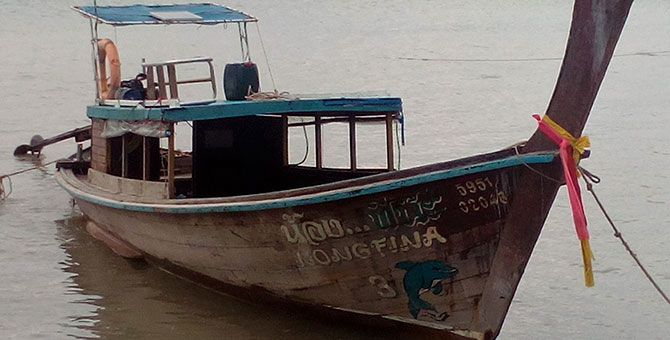 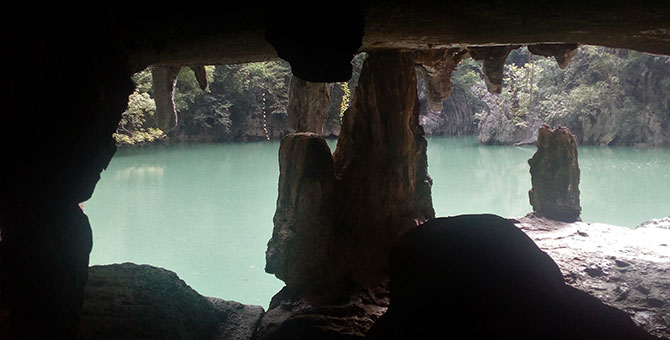 The Art of Shooting Reality

The minivan picked me up at 6 a.m. outside the 7-11 near my house and as usual I had little to no idea of what the day would bring. What I did know was that this minivan was mysteriously empty, and the driver mysteriously friendly, and to top things off, he called me by name. We sped through the near deserted, early morning streets of Phuket, the lack of traffic encouraging my driver to put his foot down even more than was normal for a Phuket cowboy (I can say that, since I was the only passenger he had), as these Red Bull and crystal meth maniacs are known as.

Within what seemed like minutes we were half way up the island and turning right at the Heroines Monument, a roundabout usually choked with traffic, but at this hour just a lonely intersection crowned with two bronze statues of the heroic women who held off the Burmese army of two hundred years ago. Without the traffic they looked kind of lost.

Not more than a few seconds later my man had screeched to a stop at Ao Po pier, gateway to the famous Phang Nga Bay, and I was stumbling towards a building that held the promise of coffee, and maybe some answers as to what this gig was all about. The lady behind the counter smiled and pointed to a table loaded with fruit and cereal and the ubiquitous Nescafe three-in-one satchels.

A Nescafe three-in-one is a brutal way to start your day: your nostrils flare in anticipation of sweet caffeine but you come away feeling cheated and somehow sullied by the experience. As I was gulping the foul liquid down as quickly as I could, yet another person called my name. What was going on today? I wondered, as the man walked over to me with his hand out.

One thing you learn quickly as a movie extra: no one gives a fuck what your name is. Your job is to stand somewhere at the edge of the frame and try not to look at the camera. This guy not only knew my name, but he seemed genuinely happy to see me. He introduced himself as the location scout for the Israeli reality TV show we would be working on today, asked if I had eaten (this was Thailand after all) and informed me that my boat was waiting across the road. 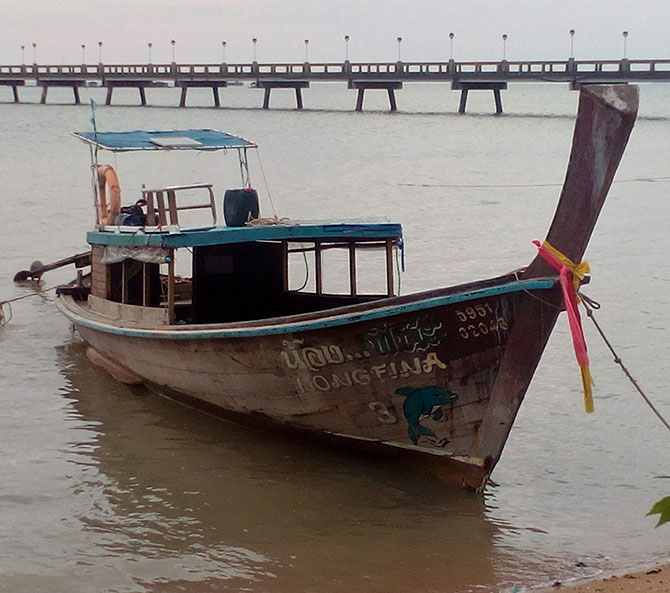 ‘My’ Boat turned out to be a tiny longtail called ‘Nong Fina’ and came complete with a toothless, grinning captain who was pouring fuel into a tank with a cigarette dangling between his lips when we boarded. Another guy handed me a banana for some reason, and then before I knew it the deafening roar of the converted car engine was propelling us out into the bay.

The location scout explained that they were already out filming, and that before we met up with the cast and crew he had to scout for potential locations, if that was alright with me. Usually the only time you are spoken to on a film shoot is when someone more important than you says ‘excuse me’ on their way to more important things. This was getting ridiculous.

The next few hours of my life will be hard to forget. Phang Nga Bay is one of the most beautiful natural spectacles I have ever seen, and after we had disembarked and explored the first pirate cave camouflaged by a cliff that seemed to emerge out of the water like a petulant child, I was transfixed. Several stunning lagoons followed and, suffice to say, I nearly dropped my camera several times in my haste to photograph these hidden wonders. I couldn’t believe I was getting paid for this shit. But the work, I would later discover, had not begun for me. 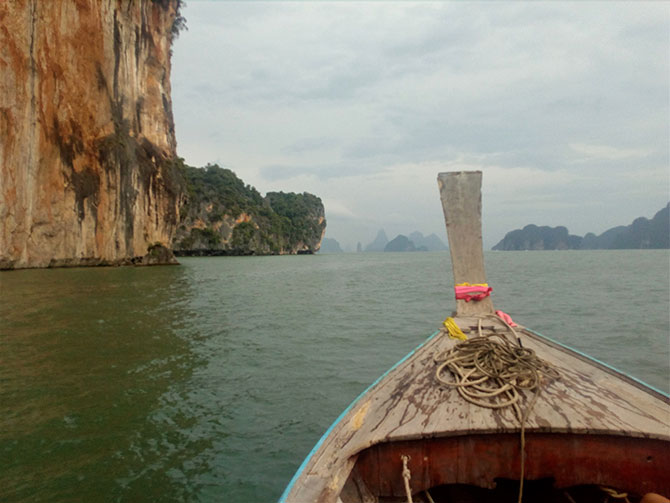 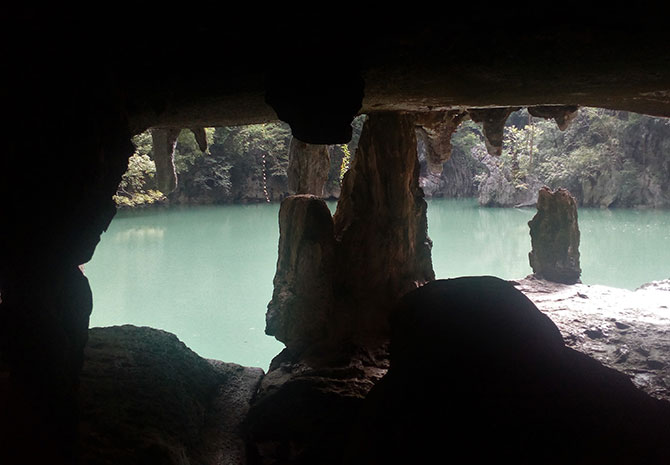 An hour later I found myself sitting alone at a dining table laden with seafood, on a deserted beach tapping my fingers to an imaginary beat as the forty-foot catamaran arrived laden with Israeli film stars and crew, the director, cinematographers, sound guys and their assistants. Not only did the director know my name, but within seconds of meeting me had wrapped an arm around my shoulder and walked me off along the beach like we were old friends. He gave me a rundown of the character I was to play, gave me a few key lines I had to deliver, and the rest, he said gleefully, was ‘up to me’.

I was to play the love interest to an older lady who was holidaying with her friends in Thailand. I was asked to turn on the charm, give her the big eyes and be generally fascinating. The sound guy attached a mic to my shirt, a girl messed with my hair and straightened my clothes and sat me back down at the table. Two camera guys hovered around me as the director sat behind them giving me the thumbs up. Then the ladies arrived. I still wasn’t sure which one I was meant to be fascinated with, and the director’s assurance that I would know ‘when I saw her’ wasn’t inspiring me with confidence as I watched them walk towards me and the table of food.

The youngest of the ladies turned out to be in her early 70s, and I am sure the cameras caught my stunned expression as I kissed them all and sat them down at the table and struggled to find my feet in what was my very first acting scene. But I was lucky. All of those adorable women were either actors or singers or comediennes with over 50 years’ experience of treading the boards, and they held me like a delicate bird they weren’t sure wasn’t going to peck their fingers clean of flesh.

They had me laughing at their raunchy jokes and telling them stories of my life. I had completely forgotten the cameras were rolling and that this was going to be watched by millions of Israelis and my face, my voice, my stories, were going to spin out into the void of TV for a brief moment, then disappear just as fast. The art, I realised once again, was where you least expect to find it.

My ‘love interest’ sat opposite me and I am sure her eyes, the most amazingly wise and beautiful green I had ever seen, shone and flickered like the luminous green ocean lapping at our feet.

P.S. For copyright reasons, no actual footage of the scene we shot that day has been made available at the time of writing this. So, I guess you’ll just have to take my word for it 😉

One afternoon you rock up to your hospo job with a hangover, only to find that it’s closed its doors indefinitely and suddenly you’re unemployed again. With fuck all in your savings account, you decide to drown … END_OF_DOCUMENT_TOKEN_TO_BE_REPLACED

This year the festival will stage an online version of the event, accompanied by a program of online seminars and events throughout the Festival period. The festival will then work to present a scaled-back physical … END_OF_DOCUMENT_TOKEN_TO_BE_REPLACED

And just as the zombie apocalypse kicked in, I quit my job. I’ll tell you why later in the piece. So, now I find myself unemployed at 50, in the middle of a pandemic. This is … END_OF_DOCUMENT_TOKEN_TO_BE_REPLACED

Art and technology are by definition divorced from nature. Art is the product of human creativity and technique; it is an object, image, sound or movement that exists as a unique manifestation of our imagination. Technology comes … END_OF_DOCUMENT_TOKEN_TO_BE_REPLACED

This inaugural festival will see over 100 street artists and musicians take over Melbourne’s iconic multi-level warehouse, The Facility, transforming it from top to bottom with paintings, … END_OF_DOCUMENT_TOKEN_TO_BE_REPLACED

Rolled into Alice Springs, literally: a strong head wind burnt up all the petrol. As the sun set in the west (I presume it was the west because that’s where the sun sets where I … END_OF_DOCUMENT_TOKEN_TO_BE_REPLACED

Have you had any lessons? The enquiry came from a woman and her friend who had been loitering behind me as I painted en plein air in a local park. It seemed a particularly stupid question, especially … END_OF_DOCUMENT_TOKEN_TO_BE_REPLACED