Phuket is a strange chunk of paradise. And after four years of living here, I still find it fascinating to watch the daily spectacle as it pours through my window, riding past me on a sidecar with eleven scruffy kids hanging off it, or flying off the roti dough as deft hands toss it in the air. I love the endless, mad scramble that is Phuket on any given day.

It is the staccato clang of the roller doors opening up along the street. Any street. Every street. It is the morning silence broken by the sound of slow sweeping and the Muslim call to prayer. It is the social occasion of the local daily markets. It is the scent of fresh fish and frying pork and the frantic feel to the traffic. It is the ubiquitous bass line blaring out of cheap speakers in over-lit tuk-tuks delivering drunk foreigners back to their hotels as the sun bores a hole through another day. It is small moments of kindness amidst the daily, desperate grab at the dollar. It is the beautiful thing saved from the ravages of the street. The art of the everyday is the spectacle of Phuket readying itself for another dose of tourism in overdrive.

Phuket is a coin that has been tossed in the air, over and over, in an endless game of two-up. It is the Gold Coast of Thailand; almost another world, but not quite. So over the top at times it’s hallucinatory. The place where the first and third world live in the same street.

And the beating heart of it all is Bangla Road, Patong.

21st century Patong is a messy place. I sometimes joke that, if there is a hell on earth, it would look a lot like Patong. Graft, corruption, drugs, mass tourism, eco-destruction, and prostitution is all out on the streets, needily grasping at the plump, passing hand of the tourist. Patong has a kind of twisted, tragic beauty that I find inspiring. When something beautiful does happen, it really stands out against this kind of backdrop. 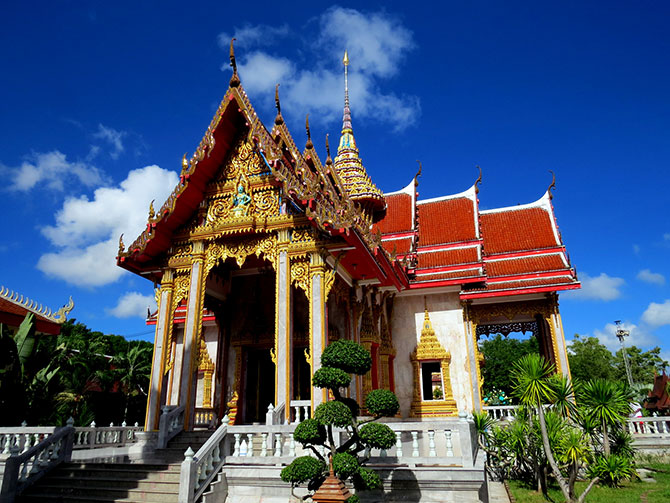 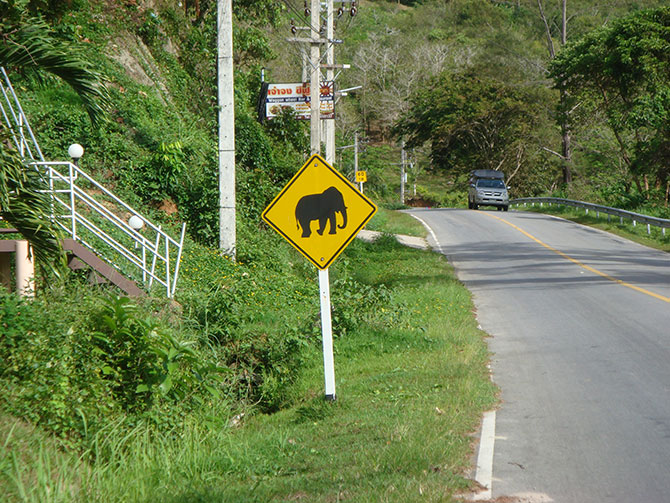 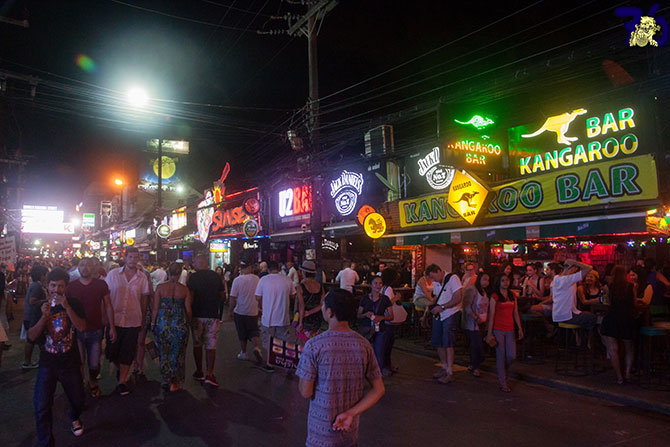 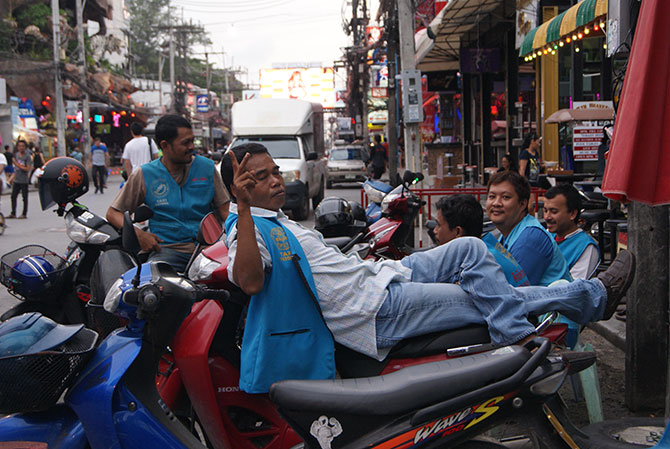 So how do I fit into this? An ex-Castlemaniac for over twenty years? To be honest, I don’t fit, and I seem to like it that way.

I’m the guy leaning down under your beach chair as you sunbake, retrieving the cigarette lighters and driftwood the ocean has left there. I have a slightly crazed look on my face as I add them to my collection, call my dog and continue along the line of beach chairs. I’m the guy smiling as you wonder what a farang (foreigner) is doing picking up rubbish on his holiday. But this isn’t a holiday for me, this is my life. I’m the guy rattling along in my sidecar full of driftwood with a grin from ear to ear, as you cruise past on the way to the resort with the infinity pool and breakfast buffet. I’m the guy that makes stuff out of things thrown away or blown away in a storm. And I write about people like that, too.

Everything I find on the beach has a story; a lost beauty I try to reveal, whether it be with sandpaper or words. Sometimes I don’t have to do anything at all. For a while I was finding all this stuff made by bored fisherman out in the Indian Ocean. The first was a perfect replica of a Thai fishing boat made from bits of rubber. Amazing work; so intricate, yet made with the most basic of tools. Next was a series of cigarette lighters with detailed carvings on them and tiny string wound tightly around their bases. Then, on a broken piece of timber a crude carving of a naked woman with long hair and Indonesian words scrawled above her that translated as “It is uncertain whether a virgin will have happiness”. That one blew me away. It went straight ‘to the pool room’, becoming part of the front door of the house I was building out of driftwood.

Forget about the galleries, the works of decoration adorning pool villa walls, the copy artist banging out another Al Pacino from Scarface or Heath Ledger’s Joker. Forget about paintings of Buddha or the elephant reliefs nailed to unsuspecting walls. This stuff is boring, unimaginative and just there to match the curtains. To me, this fisherman art was the real thing, an outpouring of the soul.

Sadly, I soon discovered that these fisherman/artists were likely to be modern day slaves who got locked in tiny bamboo cages on remote islands when they weren’t being exploited for their labour on the boats. The knowledge made my finds even more valuable to me, because now I had a narrative to go with them. Like when a child’s lost flip-flop lies amongst the debris, it seems more poignant, more tragic, and more real.

So the next time you walk across the cracked pavement to the art exhibition in the gallery with the nice nibbles and South American shiraz and everyone politely agreeing on stuff, spare a thought for the scroungers of this world, and for art that comes out of pure struggle. Where I live there is art washing up on beaches and ending up in landfill, but only if you are very lucky does it end up nailed to your front door. 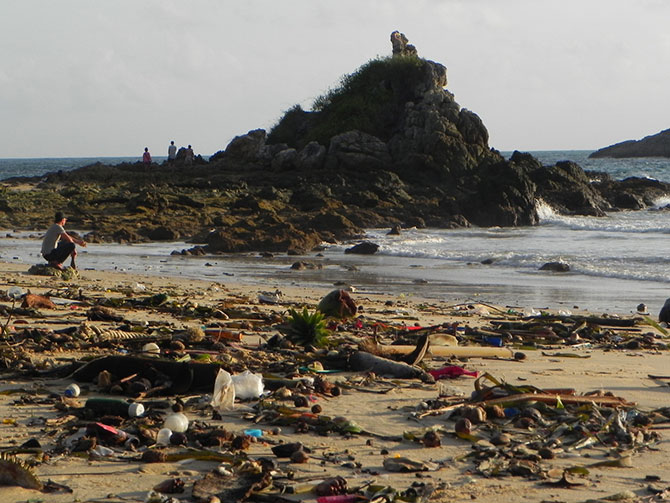 Pollution and trash washed up on the beach in Phuket, 2015. Photo by Roxy Cameron. 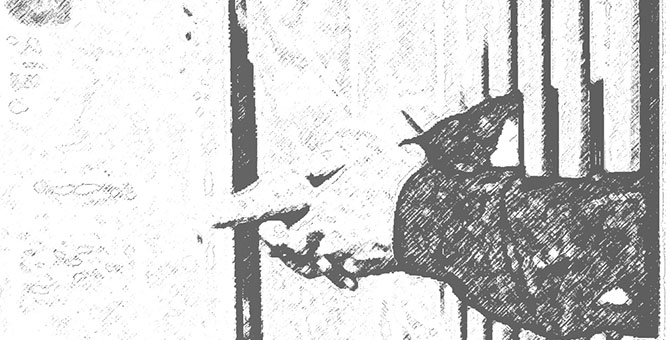 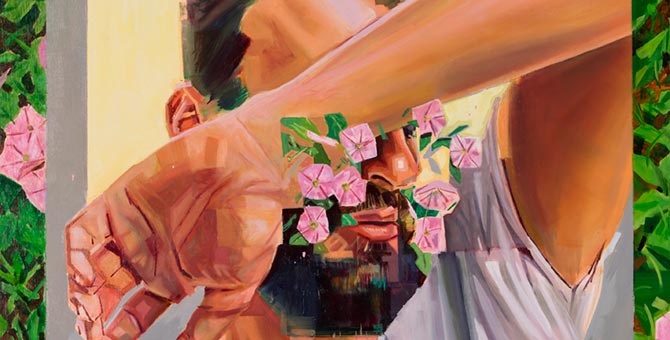 This inaugural festival will see over 100 street artists and musicians take over Melbourne’s iconic multi-level warehouse, The Facility, transforming it from top to bottom with paintings, … END_OF_DOCUMENT_TOKEN_TO_BE_REPLACED

Art and technology are by definition divorced from nature. Art is the product of human creativity and technique; it is an object, image, sound or movement that exists as a unique manifestation of our imagination. Technology comes … END_OF_DOCUMENT_TOKEN_TO_BE_REPLACED

Rolled into Alice Springs, literally: a strong head wind burnt up all the petrol. As the sun set in the west (I presume it was the west because that’s where the sun sets where I … END_OF_DOCUMENT_TOKEN_TO_BE_REPLACED

Have you had any lessons? The enquiry came from a woman and her friend who had been loitering behind me as I painted en plein air in a local park. It seemed a particularly stupid question, especially … END_OF_DOCUMENT_TOKEN_TO_BE_REPLACED

Q. I was interested in your childhood, and your parents Patricia and John, and being raised as a Roman Catholic in Baltimore. I was raised a Roman Catholic as well so I feel as though … END_OF_DOCUMENT_TOKEN_TO_BE_REPLACED

We leave Castlemaine on the last day of July, heading for Darwin and beyond. We don’t see anything to write home about on the first day. Inglewood seems like a thriving little … END_OF_DOCUMENT_TOKEN_TO_BE_REPLACED

On an unassuming street in North Adelaide can be found one of Australia’s more recent, and arguably most lavish, house museums. The David Roche Foundation is the first private museum in Adelaide established without public funding, and … END_OF_DOCUMENT_TOKEN_TO_BE_REPLACED

Krystyna Campbell-Pretty’s passion for fashion has endowed the National Gallery of Victoria with a substantial number of exceptional couture and prêt-à-porter ensembles, accessories, sketches and studio drawings, photography, fashion journals and supporting textual material over the last … END_OF_DOCUMENT_TOKEN_TO_BE_REPLACED